Despite many job hunting methods changing as technology develops, interviews remain pretty much a prerequisite to obtaining a job offer. If you feel that it is almost impossible to stand out because it seems like people of nearly equal ability are being assessed against one another then read on. Research in the field of positive psychology has shown that simply by thinking or day dreaming about an important event, such as an interview, going well on a regular basis confidence grows and the event is more likely to turn out in the way you have visualised it.

Sports success offers a great example. You will now find that almost every Olympic team includes sports psychologists who work with the athletes on mental performance. With physical performance being nearly equal in some sports it can be mental edge which determines success.

Mark Jameison, the Olympic swimmer who achieved a silver medal in Breaststroke at the 2012 Olympics said he had been visualising the final for 4 years. The commentator, Ian Thorpe, an Olympian himelf, explained that this would have been more than just a passing thought in his head but a detailed visualisation of the venue, who would be there with him, how he would feel when the crowd roared, how it would smell and feel, and himself swimming successfully against tough competition. He would also visualise how he would overcome any difficulties, and how he could streamline his performance each time he visualised it.

And so the same process can work well for us in our quest, not for a medal, but for a job offer.

So it’s time to put your day dreaming to good use in the form of visualisation. Visualisation is the mental practice of a particular behaviour or behaviours, and regular practice makes you more skilled and successful when the time comes to engage in that behaviour. Sounds simple but for it to be effective it needs to be done well.

Step 1: Find a time and place that is quiet and conducive to engaging in a visualisation

Step 2: Relax and engage in some deep breathing exercises.

Step3: Be precise, vivid and detailed in your visualisation – picture yourself performing successfully rather than just having achieved success. Engage all your senses – imagine the actions of others, how they look/dress, sound of their voices, the room you will be in, how you feel as you enter. See yourself answering questions succinctly and confidently, dealing with follow up questions well and giving the answers you want to give.

Step 4: It is also important to visualise overcoming any obstacles, such as difficult questions, finding it difficult to build rapport with the interviewer(s), showing persistence and also coping if unsuccessful.

So if daydreaming is good enough for the Olympic team it’s good enough for us. Next time you’re invited to an interview make sure you include some visualisation as part of your preparation, and day dream your way to a job offer.

One thought on “Why we should daydream if we want interview success?” 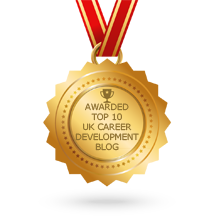 Take my career confidence quiz to test your self belief.

Life is too short to be in a job you don't love. I'm passionate about helping you achieve career happiness whether through changing your career, or by falling back in love with your current job. CareerTree coaching gives you a fresh perspective on your career and what you are capable of, and the courage to take the steps to a more enjoyable future.

Do you want to be  happy at work?

Get my FREE Career Happiness e-book